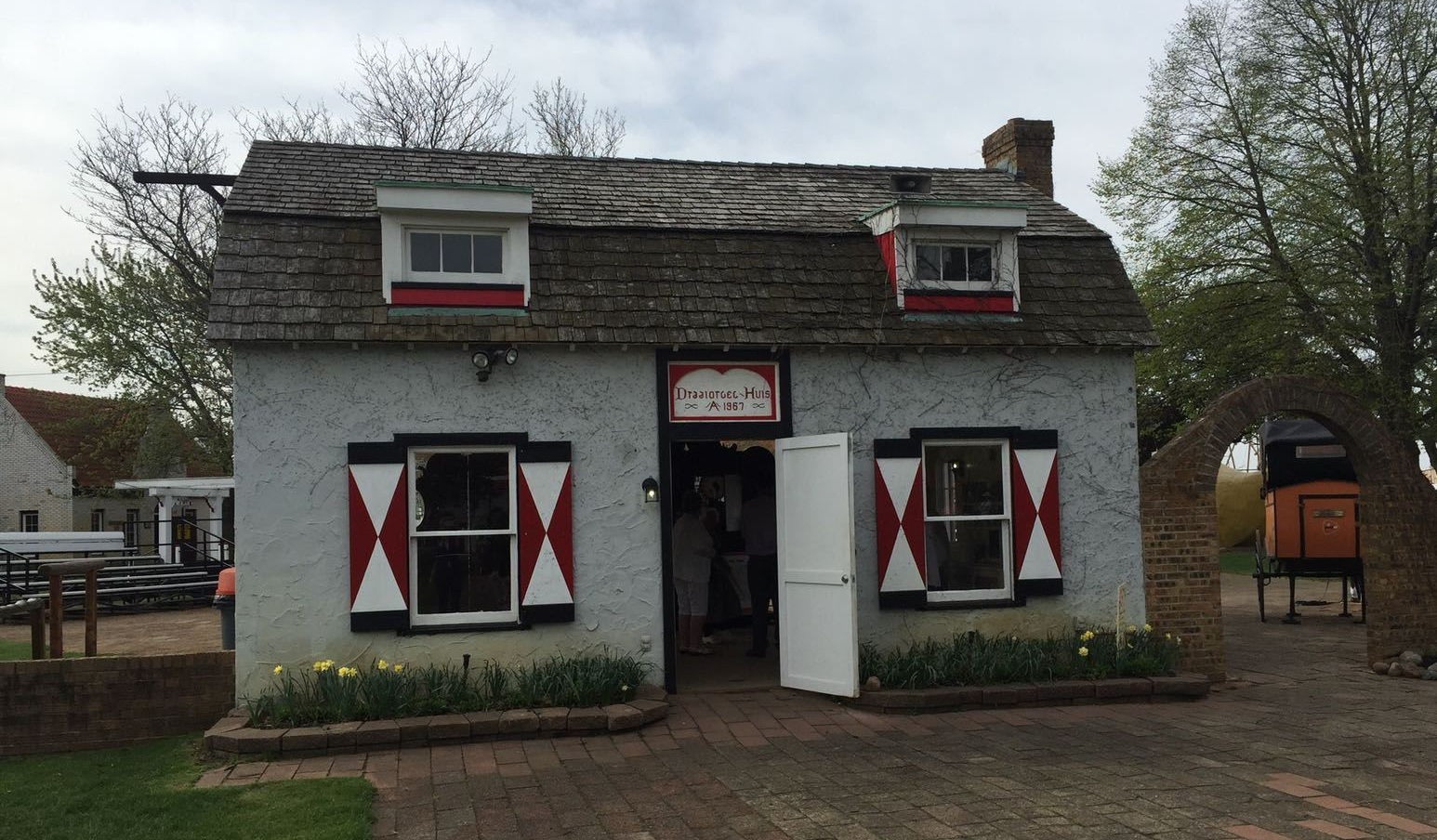 Holland, MI, is one of the largest Dutch settlements in the United States. Founded by Albertus Christiaan van Raalte in 1847, the town used to consist of Dutch people only. Today, Holland has become more connected to the American lifestyle and culture, and has experienced a new wave of immigrants from Asia and Latin America. Recent estimates say that the town’s population consists of one-quarter Hispanic and 4% Asian immigrants (The Economist May 24th, 2018). The Dutch culture is still present through the names of shops and local residents. Some examples of tangible Dutch heritage include traditional Dutch gables in the town centre, an authentic Dutch windmill called “De Zwaan”, the annual Tulip Time Festival and Nelis’ Dutch Village. To what extent do these examples of Dutch culture in Holland, MI, represent the Netherlands and to what extent are they based on clichés? This blog post will take a closer look at two commercial heritage organizations in Holland, MI, and explore whether or not they depict a truthful image of the Netherlands. Nelis’ Dutch Village is a theme park located just north of Holland’s city centre, managed by the Nelis family who migrated from the Netherlands to the United States in 1911. After working at different jobs, the family settled in Holland, MI, and purchased 80 acres of land. At the start of the 1930s, the Nelis farm became a hot spot for tourists who marvelled at the “Dutchness” of the site. The family decided to alter the direction of their business and created a Dutch theme park in 1958. Today, the family’s third generation is in charge of Nelis’ Dutch Village. Nelis’ Dutch Village is visited by people from the Netherlands who have heard about Holland, MI, and came to find out how Dutch this area still is. Which, as a city, is not that much anymore. Most of the people living here are two and three generations removed from “old country” and don’t speak Dutch anymore. Nelis’ Dutch Village tries to keep the Dutch spirit alive by celebrating traditional folklore such as old Dutch cheese making, wooden shoe carving and delftware making. Nelis’ Dutch Village also hosts elementary school groups, whom they teach Holland’s history of Dutch immigrants in a playful manner. Most visitors of Nelis’ Dutch Village can be categorized as typical Americans though. Some 25% of the customers are from Chicago, northern Illinois and northern Indiana. Another 40% are from Michigan itself, including locals who buy Season Passes and enjoy the park many times over the summer. The final 35% of Nelis’ Dutch Village visitors come from different parts of the United States and the world. Most visitors come during the Tulip Time Festival.

Tulip Time Festival was founded in 1929 to celebrate the blossoming tulips in May. Like the evolving Dutch-American culture it represents, the festival has evolved and expanded so that Tulip Time now involves more than just flowers. The program includes traditional “klompen dancers,” Dutch foods and crafts and parades as well as American-style musical entertainment to meet tourist demands. For example, the Beach Boys performed live at the Central Wesleyan Auditorium on May 11th, 2018, which leaves one wondering about the Dutch link to this all-American rock band.

Looking at the focus subjects of the festival – clogs, traditional costume, cheese, and tulips – Tulip Time does not reach far beyond popular branding of the Netherlands. Whilst Dutch foreign posts in the US try to emphasize the country’s innovative enterprises, thriving cultural scene, and promising start-ups, Tulip Time does not take into consideration any of these elements. Instead, the festival aims to recreate a picture of the Netherlands from two centuries ago. And the audience loves it; Tulip Time has been heralded as the nation’s Best Flower Festival, America’s Best Small Town Festival and even the 2017-2018 Tulip Festival of the Year. The Past vs The Future

Taking all things into account, it can be stated that Holland’s Nelis’ Dutch Village and Tulip Time Festival both tend to emphasize traditional folklore, which creates a stereotypical image of the Netherlands. Dutch branding presents a popular image of the Netherlands; however, it does not touch upon the core values of society. The country’s public diplomacy is aimed at manifesting itself through qualities such as open-mindedness, tolerance, innovation, design and water management; however, these qualities are completely surpassed by focussing on cheese and tulips. In a sense, Holland, MI, tends to hold on too much to the Netherlands of the past, whereas Dutch public diplomacy is looking at the future. At best, Holland’s Nelis’ Dutch Village and Tulip Time Festival create an interactive experience with Dutch culture which makes visitors connect with aspects of the Netherlands even if they have never visited the county before. At worst, they create a kitsch representation of the Netherlands that is not up-too-date with Dutch developments, and that is not appealing for the audience either. The latter could not be farther from the truth, since Nelis’ Dutch Village and Tulip Time prove to be quite successful. Total paid visitors to Nelis’ Dutch Village is about 60,000 per year and Tulip Time Festival draws more than 500,000 people annually. Both organisations are appreciated by their audiences too, as demonstrated by the number of awards Tulip Time received this year. Therefore, in conclusion, the organisations do not correspond with the desired public diplomacy; however, they do not harm the image of the Netherlands either.