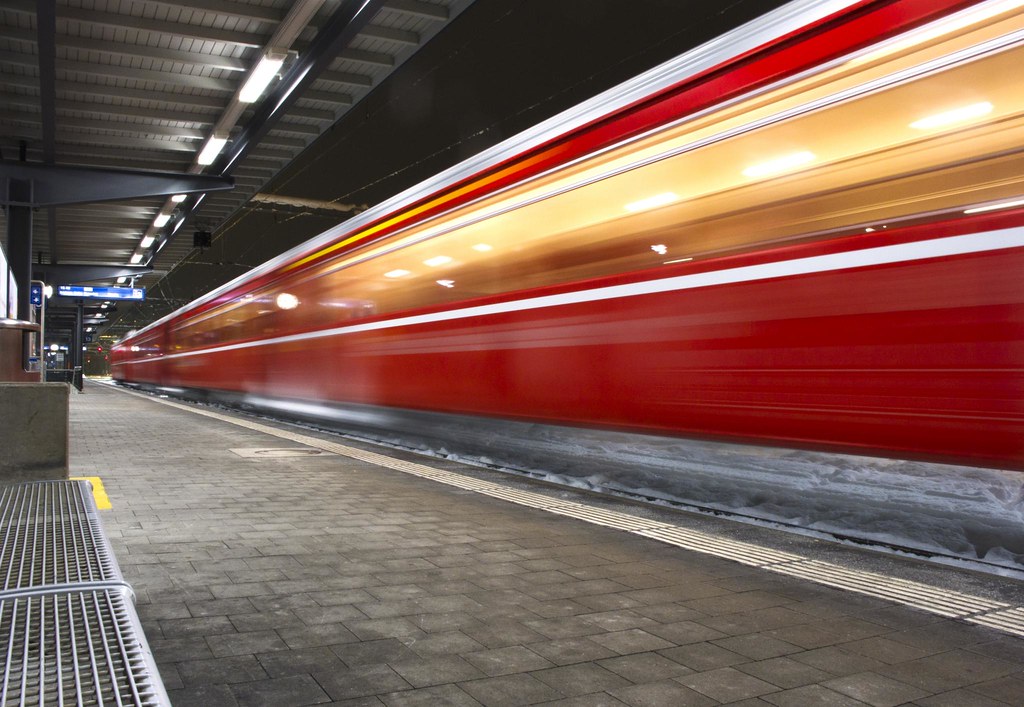 When dealing with official publications it’s wise to exercise a degree of caution. They rarely provide a balanced view, often pushing the agenda of the publishing organisation, and supplementing the source with some further research is a must. This is especially true when heritage and politics collide.

In 2017 the first approval was received for the construction of HS2, a high-speed railway line to connect London with Birmingham, Leeds, Manchester, and the East Midlands. This ambitious, publicly funded project aims to reduce travel time for commuters and the public, strengthen economic ties between North and South, and bring the UK up to speed with the most advanced public transport infrastructure. However the project has been clouded by controversy since its first proposal back in 2009, with spiralling costs (before construction has even begun) now estimated at £58 billion. Alongside that, serious environmental concerns have been expressed, while the disruptive impact of construction on local residents has proved extremely controversial. The project has met widespread opposition from both members of parliament and the public- hardly the flagship development venture the government had hoped for.

But one group of people are not so displeased with it: archaeologists. It is a precondition of all construction projects that archaeologists are first invited to excavate the site to ensure anything of historical value is removed before work begins. The sheer scale of the HS2 initiative provides an unprecedented opportunity for archaeologists to get digging, and essentially create a direct line of archaeological excavation through the centre of the country. It has been publicised as the largest excavation project ever undertaken in Britain, possibly Europe, and an opportunity to “tell the story of a nation”. To date they have discovered prehistoric hunter-gatherer sites, Romano-British settlements, Black Death burial grounds, and a host of other intriguing sites.

In this blogpost I will reflect on the (albeit small) section of the HS2 website which is dedicated to the archaeological side of the project. This is made up only of two pages: the first introducing the archaeological ambition of the project; and the second publicising their most high-profile find to date– the skeleton of Captain Matthew Flinders, who led the first expedition to circumnavigate and map Australia and is credited with giving the country its name. Judging by press releases from HS2, he has now become something of a poster boy for their archaeological work.

Archaeology as a priority?

The first thing to note is the size of the archaeology section. Within a vast website describing the details and practicalities of the project, archaeology takes up a miniscule space: a sub-section within a sub-section. If you weren’t looking for it, it would be easily missed. It can be argued that the majority of visitors to the site are not there on a hunt for archaeological updates, but there is a disparity between its prioritisation on the website and in the media. Judging by the prevalence of archaeology in news coverage of HS2, you might imagine the project leaders placed significant importance on it, but the website tells another story. Hidden away, it can hardly be read as a prime concern.

In fact, the archaeological excavations have attracted criticism from some quarters as being a distraction from the more controversial sides of the project. Certainly it has proved easier to sugar coat the potential destruction of a natural habitat, or of people’s homes, if it is to be accompanied by the excavation of a Roman fort. Dorothea Hackman, the chair of the Camden Civic Society, described the publicising of archaeological finds in her local area as “a smokescreen for deeply worrying issues”.She suggests that the work of archaeologists is being utilised as a public relations tool for the project, and it’s hard to disagree.

Looking at the archaeology homepage it is awash with positivity. “HS2 will link the past, present and future” it proclaims, and “People of all ages and from all over the UK and beyond will be involved in the discoveries”. There is clear effort to emphasise community involvement and that the benefits of the project will be felt by everyone. It claims to be “Leaving a lasting legacy for the future”, training a new generation of archaeologists and providing a treasure trove of new artefacts and discoveries. Unsurprisingly there is no mention of environmental or local criticism of the project, and finding out about that is up to the more critical researcher. The opportunity for archaeological discovery is no doubt a positive thing, but the case is an example of the fact there are two sides to every story.

Moving on to the second page of the archaeology section, which publicises the discovery of the skeleton of Captain Matthew Flinders, the PR spin is evident again. Firstly it is notable that this is the only discovery prominently publicised on the website, suggesting the project leaders hardly enamoured by the array of discoveries, but rather see this particular find as an opportunity for positive media engagement. They are keen to tie the discovery to the HS2 project- in bold letters telling how “The Flinders name is synonymous with exploration, science and discovery”, before attaching the subheading that “HS2, through its archaeology programme, will maximise the opportunities for further academic and scientific study.” Flinders becomes their poster boy for science and discovery, with which they aim to positively frame their project.

The article is evidently intended for public consumption rather than a professional audience as neither the style nor content of the post conform in any way with the conventions of presenting archaeological or academic research. Rachel Opitz’s article Publishing Archaeological Excavations at the Digital Turn reveals as much.[1] The article usefully outlines how archaeologists can utilise digitality to engage with an audience of both professionals and the public. It advocates multi-layered texts, which integrate real stories, data, and digital media (e.g. 3D interactive models). However, while the HS2 post tries to engage readers with its true story of Captain Flinders, it chooses not to reflect on data relating to the site. It is the epitome of pop history, providing neither depth, balance, nor statistical analysis. But then it never really intended to.

Overall it seems that archaeology is both an obligation and a public relations tool within the project. There is no intention of presenting the findings with any degree of scientific accuracy, and rather the archaeological work is framed within a broader promotion of the HS2 project. Perhaps this was never the intention of the page, but it acts as a reminder of the potential ulterior motives of official publications, a point underlined by further research on the controversial subplots of HS2.