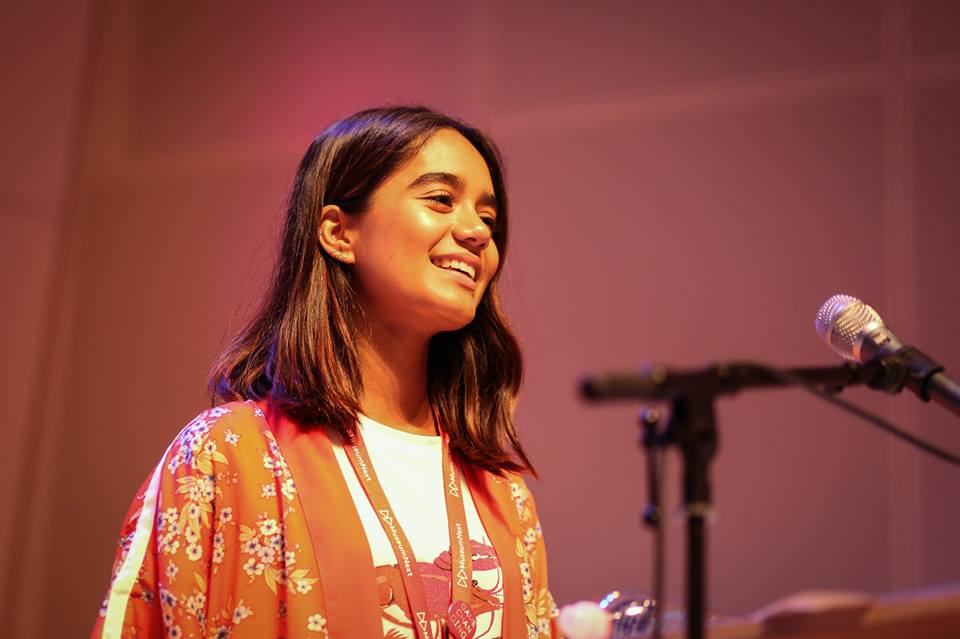 It looks like a trend. More and more cultural institutions, with the emphasis on art museums, want to grow a reputation which shows that they pursue a so-called ‘diversity policy’. For instance, UNESCO introduced a Convention for the Protection and Promotion of the Diversity of Cultural Expressions and since 2011 there is a website called ‘codeculturelediversiteit.nl, which provides a stepping-stone to develop comprehensive diversity policy in the area of personnel, public, programme and partners. The reason for this recent development is usually motivated by the fact that a large part of the cultural sector seems to reflect only a certain party of society. A positive initiative that causes no harm. Right?

However, if we look at Shaz Hussain’s conference (currently Collections Assistant at the Royal Air Force Museum in London), we can draw other conclusions from this current tendency. As few years ago, she started a ‘diversity traineeship’ at the Royal Air Force Museum. She claims that she also saw herself as different, since she was young, she has a brown skin colour and maybe not trained for the job. Because she was in an intern position and the fact that she explains that she felt somewhat powerless to change something, precisely because of this position, I could identify myself with her. One of the reasons I’ve chosen this topic to discuss here. We have the same question in common: how to make a difference when you are the most junior person in the organisation?

In the case of Shaz Hussain, she was placed at the Norfolk Museum Service and she was convinced to attract more ‘diverse’ people into the museum. People like her. So, the moment she received the assignment to give a tour of the museum, she brought it to the attention of young people, people of colour, people who didn’t have a picture perfect resume. Again, people like her. When this did not really turn out to be a success, she decided to think for a moment. What was the chink in the museum’s armor here?

By really engaging with the Norfolk community, she found out what the problems was: language. Hussain: “I took diversity, and I changed it to representation. Diversity says that, like, so, I’m using this one thing, and that thing is the norm, so the white middle class thing is normal, anything else you add on top of that, is somehow abnormal, or the other, or different. I didn’t really like that, and so I wanted to represent the community instead.”

And not only ‘diversity’ got away with it:

In the article “The predicament of diversity. Multiculturalism in practice at the art museum.”, written by Ien Ang, also notices the fact that museums nowadays are called upon to make their institutions more accessible to culturally diverse communities and audiences. Ang explains that since the rise of museums in the 19th century, these institutions have developed a long-standing history and image as cultural places for the white, upper- and middle-class elites. Pierre Bourdieu (1984) even argued that the core function of the art museum is to uphold class hierarchies: ‘to reinforce for some the feeling of belonging and for others the feeling of exclusion.’ This thought is almost unimaginable these days, but it is still present.

Despite the multiple attempts to change the way of participation in museums, they still carry a leading and dignified status today. According to Ang, this is because art has always been considered naturally important in higher societies. In the upper class, art and the passion for art is a marker of civilization and distinction, an instrument for inclusion, which automatically leads to exclusion of others.

Therefore, I agree with Ang’s conclusion. In line with the conference of Hussain and the emphasis on changing language, Ang states that art museums must continue to bring changes in exhibition practices, which will lead to a repositioning of art. If the museum art will change the meaning of art, making it less elitist and more responsive to cultural diversity, maybe the diversity will comes naturally with it? However, the question remains, when is an cultural institution ‘diverse’ enough? How does one measure this? As Ang concludes: “cultural diversity …, engaging with it is a task and a responsibility as much it is irresolvable.””