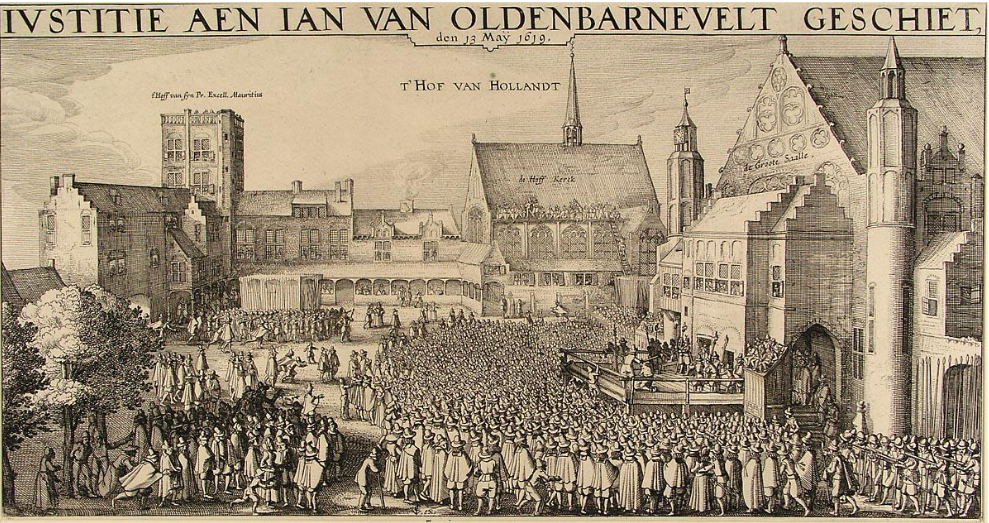 Choosing a blogpost written by a heritage professional and writing a reflection on it was easier said than done. For a while I struggled to find a good heritage blogpost. Because of my internship I am luckily surrounded by many academics and scholars who write a ton of blogposts a year. Unfortunately, none of them are heritage related. Every blog I read was either too historical or too literary. As the due date of the blogpost came closer, blogpost stress became a very real thing. After many cups of coffee and self-doubt, I remembered that the heritage field isn’t as straightforward, but interdisciplinary. Thus, through lack of time management I was able to pick a blog that felt close to home.

It is a blog post written by my colleague Jurriaan Wink, who is a guest researcher at the Huygens Institute. Currently, he works on the project ‘correspondence of Johan de Witt.’ Even though, I am not a part of this project I worked close with them for the last couple of months, and I was aware of the Blogpost they were writing. The blogpost of Wink titled: ‘Verslag lezingen over Johan van Oldenbarnevelt – 6 April 2019’ (Report of lectures on Johan van Oldenbarnevelt). On 6th April 2019 a symposium about Johan van Oldenbarnevelt took place in the Historical Museum of the Hague. This symposium was held since it is exactly 400 years after the tragic execution of Van Oldenbarnevelt, that took place in the Binnenhof of the Hague. In this report Wink gives a brief summary of the three lectures that were given that day. The first speaker of the day, Bart Wiekart, gave a biography of the famous Dutch politician during ‘the Golden Age.’ Wiekart took the audience through the personal history of Van Oldenbarnevelt and how this beloved political figure came to such a tragic ending. The second lecture, given by Jaap de Haan, talked about the political and administrative strategies of Van Oldenbarnevelt. In the end, his strategy meant his downfall.[i] The last speaker, Jan Niessen, took his lecture as an opportunity to introduce his new book: Johan van Oldenbarnvelt.[ii] In his book, Niessen tried to show that the past isn’t so different from the contemporary time. During Oldenbarnevelts life, he faced three major problems that are similar to the issues of today’s society. These concerns are: Globalisation, political contacts with Brussel, polarisation in society.[iii] This symposium was of interest for Wink since he is working on another politician from the seventeenth century that was murdered as well; Johan de Witt. Compared to the Witt, Van Oldenbarnevelt came off with ease, he only was decapitated. Johan de Witt on the other hand was brutally lynched.

What makes the blogpost of Wink so interesting for the heritage department? Firstly, the symposium took place in the Historical Museum of the Hague. Conveniently at the same time, the museum held an exhibition about Van Oldenbarnevelt called: ‘Johan van Oldenbarnevelt. Man, might, and murder.’ In this collection they displayed the sword that supposedly killed the politician. On top of this, they displayed ‘historical documents, paintings, cartoons, political and religious propaganda, but also personal possessions such as the famous stick of Oldenbarnevelt, bring the man and his time back to life.’[iv] Lastly, by combining the place, ornament, and historical narrative the organisation of this event created a historical sensation; History becomes tangible.

The idea of historical sensation comes from the famous Dutch historian Johan Huizinga. However, his academic paper isn’t used here. But he is mentioned in the paper of the professor Mark Kuiper ‘Historische interpretative en de verbeelding van cultuur.’[v] Kuiper is a philosopher and in his article was published in a philosophical journal Tijdschrift voor filosofie. Kuiper worked as a professor at the Vrije University in Amsterdam. His dissertation was about the nature of historical knowledge. In the paper of Mark Kuiper, he explains the idea of Johan Huizinga’s historical sensation:

In his article, the focus lies on the imaginative part of history. You can almost imagine Johan van Oldenbarnevelt standing on the Binnenhof shaking from fear, because he knows his end is near. This imagination is triggered by objects and narratives. However, Kuiper sees this ‘imagination of the (past) world can be regarded as a fundamental form of truth […].’[vii]

Kuiper makes a connection with the German philosopher Martin Heidegger. However, in my opinion the act of giving a lecture about Johan van Oldenbarnevelt in the city where he worked and was executed, in a Historical Museum that dedicates an exhibition about him creates a lieux de mémoire or a site of memory, where the past continues into the present.[viii] The visitors are given a new memory of the Binnenhof in the Hague and have a specific narrative of this event. They don’t talk about the murder on the jeweller Jan van Wely in 1616.[ix] Three years before the execution of Van Oldenbarnevelt. No, that is not the memory that is continued into the present time. Or a memory that the modern public wants to remember. By doing this the combination of place, ornament, and historical narrative creates a new modern memory connected to the past. The Binnenhof of The Hague, the place where van Oldenbarnevelt was killed becomes a Lieux de Mémoire.[x] This isn’t a coincidence, all these steps are perfectly thought of and is done on purpose. This way the memory of Van Oldenbarnevelt is made relevant to present day.