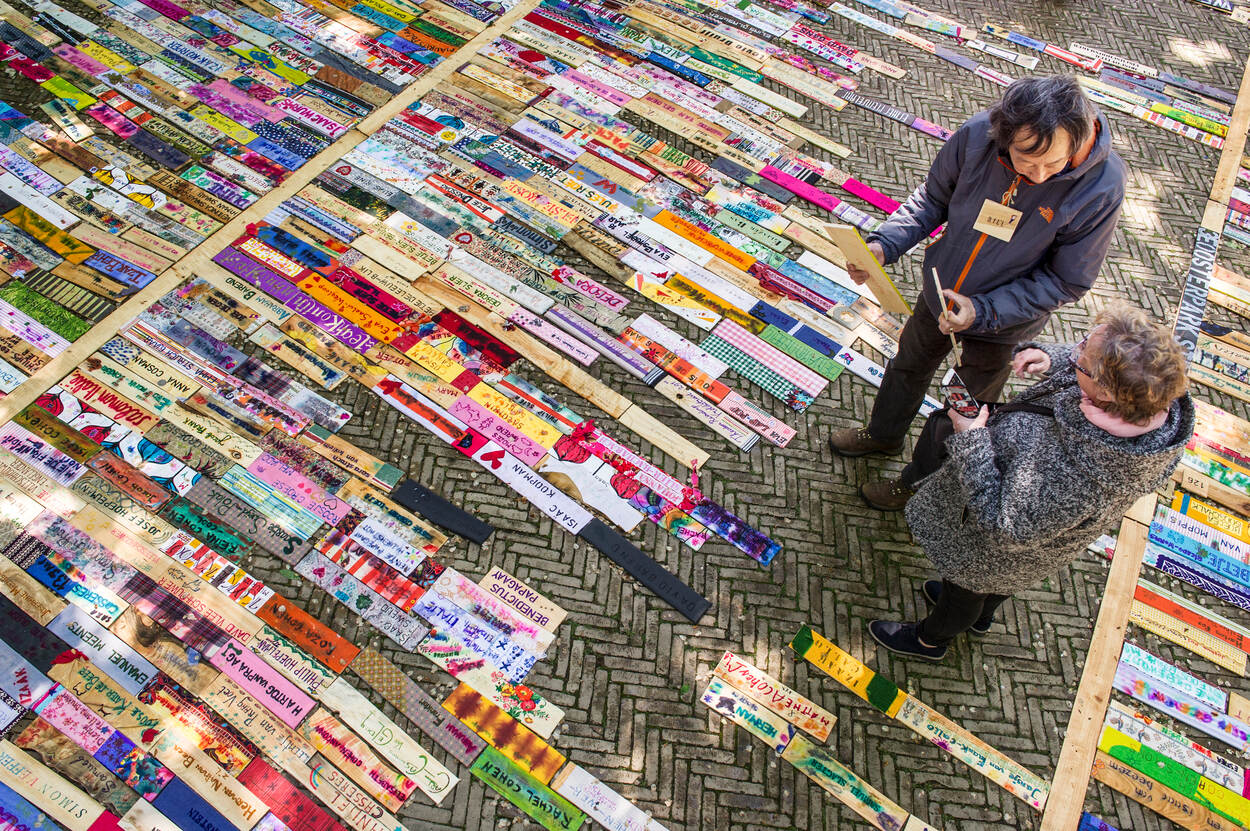 In 2005, the Council of Europe – Europe’s oldest political body that was established in order to ensure the political reconstruction of Europe in line with its fundamental values – concluded and signed The Council of Europe Framework Convention on the Value of Cultural Heritage for Society, which has become known as the Faro Convention. Multiple European countries have both signed and ratified this convention.[1] The Netherlands also has plans to sign and ratify this convention. In order to justify this juridically, the Ministry of Education, Culture and Science has requested the Cultural Heritage Agency of the Netherlands (CHA) to research the convention before they sign and ratify it in an open letter.[2]

Heritage as a means for society

For my internship at the Cultural Heritage Agency of the Netherlands, I am assisting with research on the ratification of this convention. The research examines how citizens’ initiatives and participation can best be stimulated and facilitated in the context of Faro in the Netherlands. In the aim for participation as well as democratization of cultural heritage, the question rises what participation really means in the field of heritage. In evaluating this meaning, the paradox of a powerful institution, such as the CHA, stimulating bottom-up participation comes to the fore, and the question arises how this can be overcome. Since this is a complicated question to answer, I will propose some opinions that emerged in both my own readings as well as in the internship seminar.

The ubiquitousness of participation

In the second edition of the Heritage and Memory internship seminar “Audiences, Participation and Engagement” we, naturally, came to the topic of participation in the field of heritage. As we read Bernadette Lynch’s text “The Gate in the Wall: Beyond Hapiness-making in Museums”,[4] I became aware that the topic of participation is not as self-evident as I thought it was (or as Lynch calls it ‘a ubiquitous buzzword’[5]). Lynch describes how participatory practice is ‘providing an illusion of participation, while in reality, consensual decisions tend to be coerced, or rushed through on the basis of the institution’s control of knowledge production and its dissemination or on the basis of its institutional agenda and strategic plan, thereby manipulating a group consensus on what is inevitable usual or expected’.[6] Participation is thus not always happening along the lines of a democratic process but often unintentionally manifests the agenda of an institution (or as Atelier-Populaire already visualized in the political context of France’s May ’68 events it all comes down to who is in power). Relating this to the topic of heritage, the decision of what heritage is and what it does in the world[7], is often influenced by an institutional agenda which can sometimes lead to an undemocratic definition of heritage.

In the case of the Cultural Heritage Agency of the Netherlands, this can also form a problem. As became clear while I was studying the framework of the Faro Convention, the decision of what heritage is and what it should do in the world, should be shifted towards a citizen-based framework of value estimation. However, when such values come from a governmental institution this seems to be inherently related to a political agenda, which hierarchically gives more power to the heritage experts instead of the citizens.[8]

Names and Numbers for the collective memory of a neighborhood

The Faro Convention tries to go against this principle of heritage and emphasizes the fact that ‘everyone in society has the right to participate in heritage of their choice and that this right accords with their basic human rights’, as John Schofield notes in his book The Ethics of Cultural Heritage.[9] The Faro Convention can serve as a framework for a new approach in the field of heritage. An example of a project that fits in the framework of the Faro convention is the project of Names and Numbers in Amsterdam, a new commemorative ritual to make the disappeared Jews of the Second World War visible (fig. 2). This project was initiated by local residents and aims to commemorate the deported Jews by symbolically giving them back a place in their neighborhood via a name plate. It is in line with the framework of the Faro Convention as it gives the collective memory of the neighborhood a tangible ritual and it allows the neighborhood community to experience the local history together.[10] Schofield recognizes these values of the convention and states how it ‘puts people’s and human values at the center of an enlarged and cross-disciplinary concept of cultural’, ‘gives every person a right to engage with the cultural heritage of their choice’, and implies ‘the need to involve everyone in society in the ongoing process of defining and managing cultural heritage’.[11]

Participation can therefore change from a ubiquitous buzzword into a possibility for new narratives in cultural heritage. When heritage can be defined by different voices and not solely by the ‘branded elitist’[12], more stories can become visible and participation becomes meaningful. Following this, Lynch notes ‘examining a theory of change would not be complete without a collective articulation of the assumptions that stakeholders use to explain the change process – the first step in a process of true collaboration’.[13]

Democratization and participation offer both value and challenges for heritage practice. It remains important to look at the challenges, which requires a lot of work and potentially a redefinition of heritage practice. As the Faro Convention was drawn up as a European treaty by heritage experts and the Council of Europe, it seems to have emphasized the distinction between experts and citizens. As the convention focuses on, among other things, the citizens’ initiatives, the treaty itself was written up by the expert.

The findings of Lynch inspired me to look beyond the self-evident notion of participation and made me realize that participation does not automatically entail democratic processes. The contradictions between the Faro framework and the institutional bases of this convention have to be taken into consideration here. It seems as if the value of heritage as envisioned by Faro has to be societal but still seems to be defined institutionally, also within the CHA. This does not mean that striving for participation in cultural heritage is erroneous but should be evaluated critically.

[1] “Chart of signatures and ratifications of Treaty 199,” Council of Europe, accessed June 6, 2021, https://www.coe.int/en/web/conventions/full-list/-/conventions/treaty/199/signatures?p_auth=P9xRTs7g.

“the role of cultural heritage in the construction of a peaceful and democratic society”, “everyone, alone or collectively, has the right to benefit from the cultural heritage and to contribute towards its enrichment”, ”exercise of the right to cultural heritage may be subject only to those restrictions which are necessary in a democratic society for the protection of the public interest and the rights and freedoms of others.”), “Council of Europe Framework Convention on the Value of Cultural Heritage for Society,” Council of Europe, accessed June 6, 2021, https://www.coe.int/en/web/conventions/full-list/-/conventions/rms/0900001680083746.

[8] The aim for participation can be seen as a result of Dutch neoliberalist politics where a ‘participation society’ is the replacement for financial cuttings in social safety. https://decorrespondent.nl/10426/neoliberalisme-is-de-schuld-van-alles-toch/1114113591734-5021aded.

[11] The paradox of participation comes to the fore as well in this purely bottom-up initiative. It raises the question whether a framework for participation is needed at all or is supposed to be stimulated from top-down institutions. Schofield, “Forget About ‘Heritage’,” 200.

Council of Europe. “Chart of signatures and ratifications of Treaty 199.” Accessed June 6, 2021. https://www.coe.int/en/web/conventions/full-list/-/conventions/treaty/199/signatures?p_auth=P9xRTs7g.