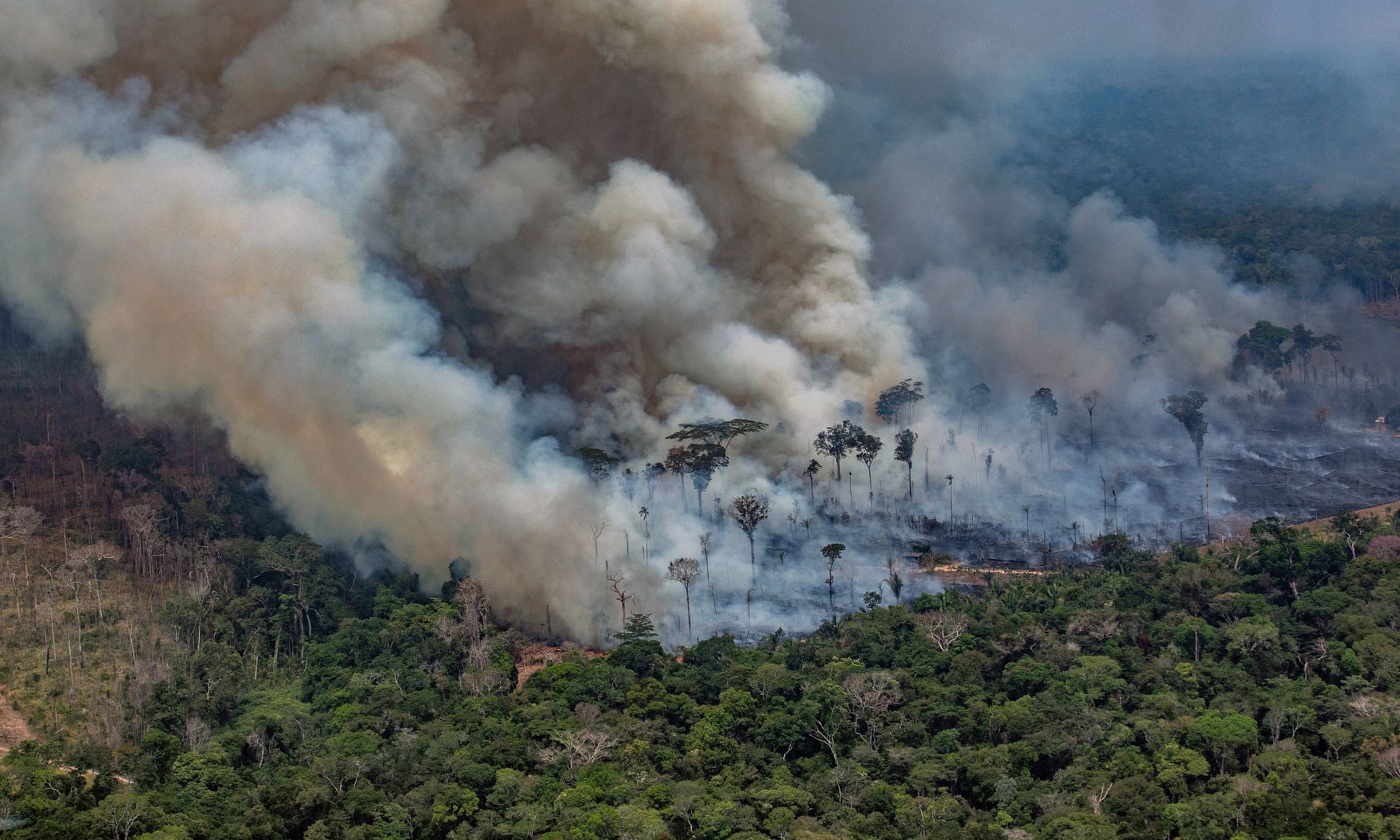 In the first week of august multiple areas of the Amazon rainforest caught fire. Fires do usually not occur out of nothing in a damp rainforest. Experts claim that the fires were lighted by local people to reclaim land from the forest for cultivation. The Brazilian economy relies heavily on farming and it is no wonder that many people want to join in on that lucrative business. Regulations and long-term plans on the preservation of the nature that is suffering from these developments is non-existent. The current president of Brazil, Bolsonaro, even stimulates agricultural development. The Amazon rainforest is also the major supply of oxygen for the planet. This makes this nature reserve being destroyed, a case of international interest. Although, at first, it did not seem to be so.

During the first days of the Amazon fires there was little to no official media coverage on the topic. Internationally there was an absence of awareness of the catastrophe. By sharing pictures and videos of the burning rainforest, several celebrities called for the attention of their followers to create more awareness for this natural disaster.
With the fires raging on and expanding over the Amazon, it was only after a week that media stations around the world started to pick up on the news and called for international political actions.

As the horrifying images of the burning Amazon were spreading over the world, more and more people started to wonder, why there were no big fundraisings initiated such as was the case when the Notre Dame in Paris caught fire. Within minutes the Notre Dame was trending topic on Twitter, and within hours billionaires had donated their money to try to save the Notre Dame, or at least let it be restored, so the iconic land mark in Paris wouldn’t be lost. This was not the case for the Amazon crisis. It took weeks before it became widely known and a couple of celebrities have now promised to donate money for rescue work and firefighting. Whether that ends up in the right places, has still to be proven…

At the G7 top, an international meeting for worldleaders, the members decided to bring 20 million dollars together to support Brazil in the combat against the fires in the Amazon. Surprisingly, Bolsonaro, the Brazilian president, refused to take the money because of the ‘colonialist and imperialist’ nature of the gesture. His chief of staff, Onyx Lorenzoni, told the G7 “we appreciate [the offer], but maybe those resources are more relevant to reforest Europe”, emphasising that the G7 members should not have a say in the Amazon rainforest management.

Is there something more valuable about cultural heritage than natural heritage? Or does cultural heritage maybe appeal to the more wealthy and privileged part of people whereas natural heritage, especially in the case of the Amazon, might seem more relevant for minorities, locals and indigenous people. For the wealthy and rich, in the Western hubs, heritage, traveling and leisure is where they want to spend their money. Uniquely created monuments with unique histories spark more interest than plants in a far-away forest. From a privileged position they do not have to think about the environment that much, maybe because they can just pay for CO2-compensation when they book a flight or turn on their airconditioning during a heatwave. But for the people who are living in the forests that provide 20% of the worlds oxigen the preservation of the rainforest is much more important than a church in Paris.

What can be done?

Getting involved on social media and expressing your opinion and emotions about the great impact of the Amazon fires is not necessarily wrong, but on itself it is not very helpful yet. By posting #prayforamazonas, you might create awareness, but that is only virtual action. It is easy to comment to these media posts with a sad smiley, but how can you be involved? You don’t have to be a protestor or activist to help make an impact.

There are several things you can do
Look for the NGO’s that are fighting for the preservation of natural resources, natural heritage and are combatting exploitation of the planet. Make a donation or join their initiatives to make a bigger impact.
The purpose of deforestation is to claim agricultural land. Try to avoid the products that were grown on rainforest land such as soy.

Vote for local and national parties that support environmental issues to prevent your local nature from declining.