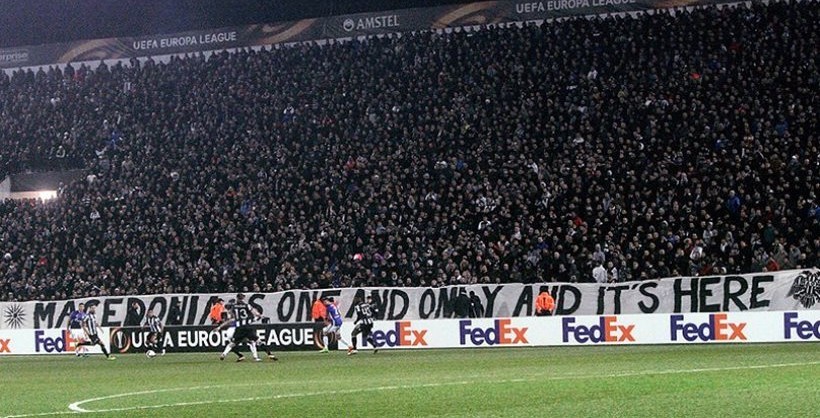 Claiming a culture, renaming a nation

On January 25th of 2019, the Former Yugoslavic Republic of Macedonia changed its name to Republic of North Macedonia. This decision, that was taken under pressure of international politics in order for (North)Macedonia to become eligible as a member of the NATO and the EU, marks a breakthrough in a centuries old dispute between the (Northern)Macedonians and the Greeks.

Both countries claim the Macedonian name and its culture. Both countries adhere special cultural and historical values to the name Macedonia and have disputed over it for years. I will try to give you a little insight on the sensitivity of this topic and the course of events so far.

Ever since Yugoslavia fell apart at the end of the 20th Century and the Former Yugoslavic Republic of Macedonia was declared, the Greeks had been protesting about the name of this new country. As they have their own region that is called Makedonia, which has been a battlefield for many Balkan wars and battles, they felt that calling the new nation Macedonia was a strategic move of the officials to later make claims to the Greek region of Makedonia. Not only were the Greek people threatened by the chosen name, they were also worried about the cultural appropriation, or ‘stealing’ as they like to call it. FYR Macedonia was a new country that had to set itself apart from the other ‘new’ Balkan countries and it needed a national culture and identity. Much of the national symbols of Macedonia, such as Alexander the Great, have their roots in Greek heritage, or at least Makadonian. Claiming the name ánd the heritage of the ancient greek society and region of Makadonia, is unacceptable for the people in the Greek region Makadonia. It is remarkable though, that the Greek people in Makedonia, were also not the ‘original’ people from that region. After the Ottomands were defeated there and went back to the east, they traded off christians from Turkey with muslims from Makedonia. Click here for some more background information on the Balkans.

Both countries have a museum dedicated to the history of the Macedonian Struggle. In Skopje you will find the Museum of the Macedonian Struggle, and in Thessaloniki in Greece there is the Macedonian Struggle Museum. In first place this theme refers to a series of riots and events in the beginning of the 20th century, where people were fighting over territory and independence of Macedonia. Either from the Ottomans, from the Greeks or the Bulgarians. Both museums, however, will tell very different stories on how these events carried out, if they were legitimate and whether they were courageous or terrorist.

As Stuart Hall has put it so clearly in his article Who’s Heritage?: ‘Like personal memory, social memory is also highly selective, it highlights and foregrounds, imposes beginnings, middles and ends on the random and contingent. Equally, it foreshortens, silences, disavows, forgets and elides many episodes which — from another perspective — could be the start of a different narrative. This process of selective ‘canonisation’ confers authority and a material and institutional facticity on the selective tradition, making it extremely difficult to shift or revise.’ (Stuart Hall (1999) Un‐settling ‘the heritage’, re‐imagining the post‐nationWhose heritage?, Third Text, 13:49, p.5).

Ask the local tour guides in one of the two museums on the Macedonian Struggle about their opinions on the ‘other’ side of the story and you will get a subtle yet passionate rant on the ridiculousness of this cultural conflict and how the ‘other’ is absolutely wrong. Both entities consider it very important to get their message across.

Basically, people from North Macedonia feel as if they have fought for independence for decennia, and now that they finally achieved it, are blocked in every attempt at progress within the international and regional politics, because of Greece and its problems with the Macedonian name and culture. The Greeks, on their part, feel as if a country that has existed for only a few decades, can’t just appropriate their name and take credit for all the ancient greek heritage that comes with it. Possibly to even claim the Greek region Makadonia later, because of the shared heritage. This results in them looking at Macedonians as liars, thieves and is creating tension and dispute.

Even though the political leaders of the countries have made peace about the name change in order to get the regional and international politics going again, the local people, especially the nationalist Macedonians and Greeks, keep manifesting their voices.

PAOK Thessaloniki, the local football club of Thessaloniki, has been showing banners during international matches to create international awareness of their discontent about Macedonia. The UEFA has fined the club and the supporters for these actions, but it has not made them stop.

Right of Heritage and Identity

Both regions have a story to tell about the legitimacy  of using the name Macedonia for their region. Yet, their stories do not match, and it has been the origin of disputes for ages. Nationality and heritage are part of peoples identity, and people telling you your identity is a lie or people appropriating your heritage is difficult. Though the conflict is officially and politically solved on paper, the actual uneasiness of the locals will continue to exist for generations. Just take a look at the information division on every side of the border. As long as conflicting stories will be told, conflicting sentiments will persist.